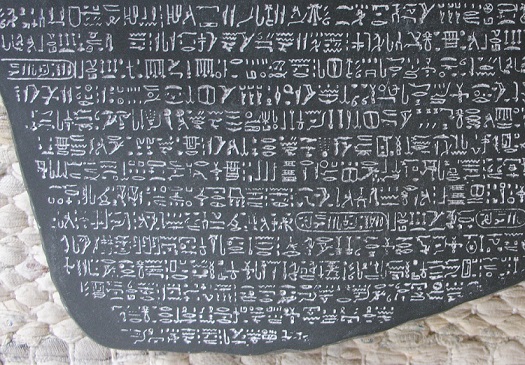 The fact that there is now computer software available to translate ancient languages is sort of a bittersweet milestone in my book. Ancient languages have always held a fascination for me, especially when we learned about them in school. Part of the allure was the mystery that they held – they were, according to the experts, “dead” languages that we would probably never be able to decipher. I’d sit at my desk and daydream, “But what if we could? Maybe we’d learn, in their own words, how our ancient ancestors actually spent their days, what they cared about, how they coped…”

The human mind always finds a way, as this post, “Ancient Languages Reconstructed by Computer Program,”by the BBC shows. As author Rebecca Morelle notes, “Researchers have created software that can rebuild protolanguages – the ancient tongues from which our modern languages evolved. To test the system, the team took 637 languages currently spoken in Asia and the Pacific and recreated the early language from which they descended.”

What I like about this story is that ultimately, it won’t be technology alone that brings these ancient languages to life. It will be achieved through the combination of technology and linguists. According to Dan Klein, an associate professor at the University of California, Berkeley, the benefit of this kind of technology is that it can process large amounts of data and produce highly accurate results, but it won’t replace the expertise contributed by linguists to interpret important nuances in the actual writing.

Dr Klein said: “Our system still has shortcomings. For example, it can’t handle morphological changes or re-duplications – how a word like ‘cat’ becomes ‘kitty-cat.’ “At a much deeper level, our system doesn’t explain why or how certain changes happened, only that they probably did happen.”¹

I’m keeping tabs on this as the technology continues to advance. Imagine learning about how people lived thousands of years ago, in their own words? We’ll be able to truly see an ancient world come to life.

Sorry, the comment form is closed at this time.